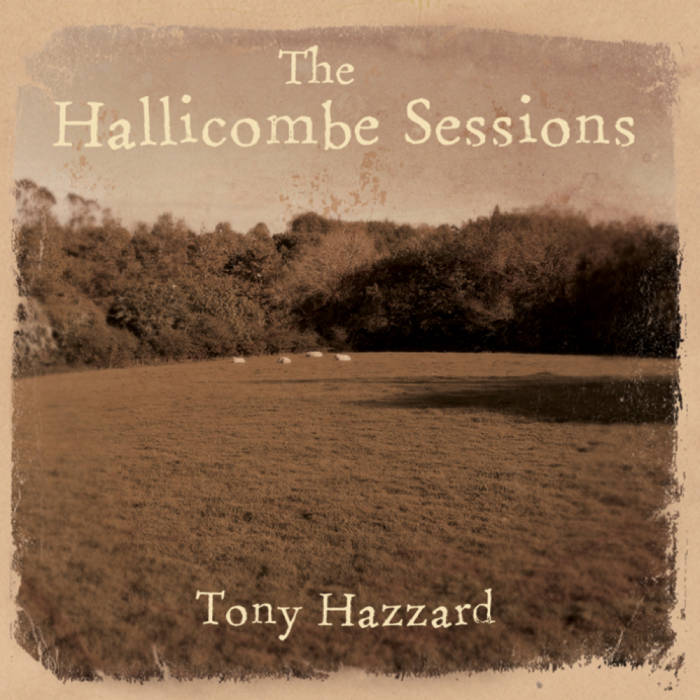 Tim Walker Since penning hits for the likes of The Hollies, Manfred Mann and Cliff Richard in the 60s, Tony Hazzard has continued to record and perform his songs in the UK and beyond. This album sets his compositions in an intimate acoustic setting.

In August 2012 I received an email via my website from Juan Soroeta Liceras, Professor of International Law at The University of The Basque Country in San Sebastian, Northern Spain. He told me he’d bought my third album in San Sebastian in 1977, the second one in England some time after later, and that he’d been listening to my songs with ‘friends and lovers’ for almost 40 years. He was very complimentary and I was very touched. He immediately bought my then recently released album, ‘Songs From The Lynher’.

In January 2013 he emailed again to ask if I’d be willing to play at a music club he and some friends were organising to promote small concerts for visiting artistes. So, at the end of August 2013 I flew to Biarritz (the nearest airport) where Juan met me and whisked me off to his house. I played the concert the next evening and another a few days later at his home. His kindness, enthusiasm, and generosity were overwhelming and I was wined and dined like a king before I flew home to reality.

While I was there I met Matt Harding, a singer/songwriter/producer from Utah, USA, who had been living in San Sebastian for several years. Matt and I hit it off immediately, both musically and as friends. Despite the age difference, his life experience of made him seem older than he was and, although from very different backgrounds there were many similarities. I loved what he was doing and vice-versa. At the concerts he acted as interpreter. The following year I returned to San Sebastian for another concert and Matt and I talked about working together somehow.

Early in 2015 Matt contacted me and told me he intended to move back to Utah, so we decided it would be good for him to come to the UK (for the very first time) to see what might happen. His original plan was to return to the US in May, which meant we hadn’t much time, so on 9th April 2015 I met him at the ferry port in Plymouth, he having sailed from Santander in Spain. We had ten days before he returned......

After my last album, which had taken a long time to record, partially because I’d played everything myself and done all the tedious admin work, it took me a long time to summon up the energy to start recording more tracks. I recorded a couple of songs in the same way as before, ie. with quite a lot of self-played instruments and fairly complex arrangements, and had one song mixed twice elsewhere, but still wasn’t entirely happy with it. At the back of my mind I hankered after a producer to take some of the responsibility but hadn’t voiced it to anyone. At the same time, Matt was thinking that we would concentrate on my songs and recordings but hadn’t told me. Accordingly we went with the flow in order to see what happened, neither of us knowing what the other was thinking.

What happened was that Matt naturally assumed the role of producer and I naturally assumed the role of artiste. It was the right decision. Matt was very clear about he wanted to achieve, which essentially was capturing a week in April 2015, a live performance, raw and real, without artifice; flaws and all: essentially, as Matt said later, "with all the cracks", quoting Leonard Cohen: “There is a crack...a crack in everything. That’s how the light gets in”.

There are certainly cracks in this album, which form part of its reality: the initial organic uncertainty of purpose; the time limit, which resulted in a spontaneous and raw performance; the stripped down accompaniment; but I think they all contributed positively in a strange way. What was ideal, as Matt remarked when he first walked into it, was that my all-purpose work/livingroom/office/studio was acoustically perfect, apart from the occasional birdsong outside...

The other ideal aspect was our relaxed working method: we’d record a take then go outside, sit in the sun, and chat (it was in the middle of two weeks of glorious sunshine). Inevitably, some time was given over to having fun, during which Matt fell in love with Cornish beer, Cornish pubs, and the British sense of humour.